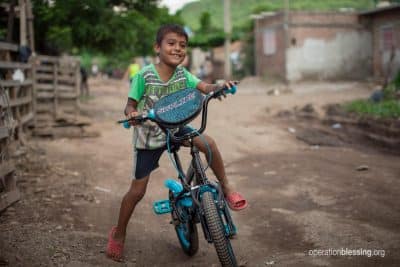 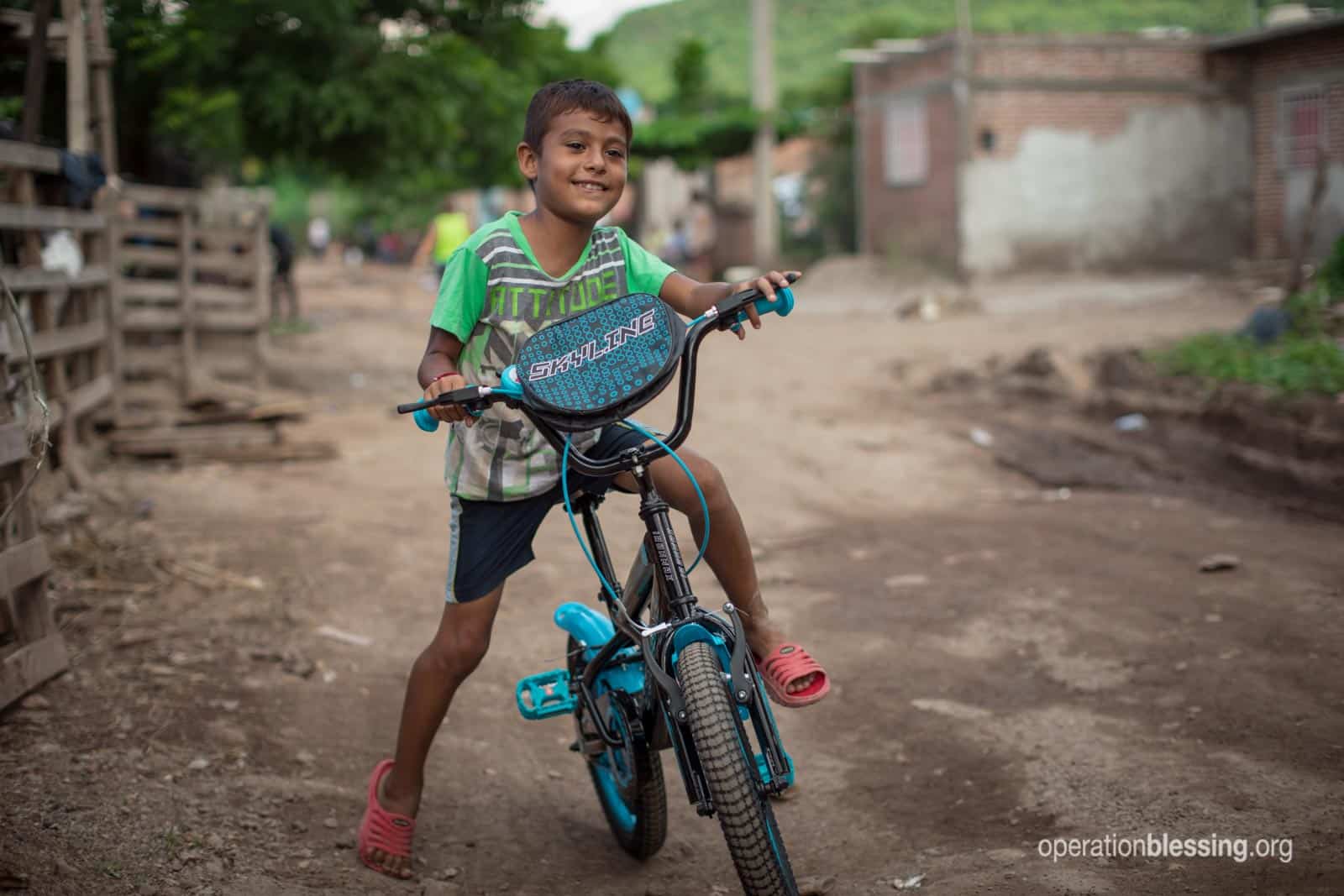 MEXICO – Though poor, 7-year-old Angel enjoyed a simple life in Sinaloa, Mexico—going to school, playing with his friends, and riding his bike—until unexpected floodwaters threatened to take it all away.

A tropical depression dumped huge quantities of rain across parts of Mexico. In a single day, the area received 40% of the rain it would usually get in a year. Thousands of people evacuated, and three died in the floods.

Angel’s community of Cinco de Febrero suffered a particularly hard hit since it lies between two streams of water. He and his mother, Veronica, watched the streams rise all day but never imagined how bad it might get. By the next morning, water rushed into the small houses of their neighborhood. 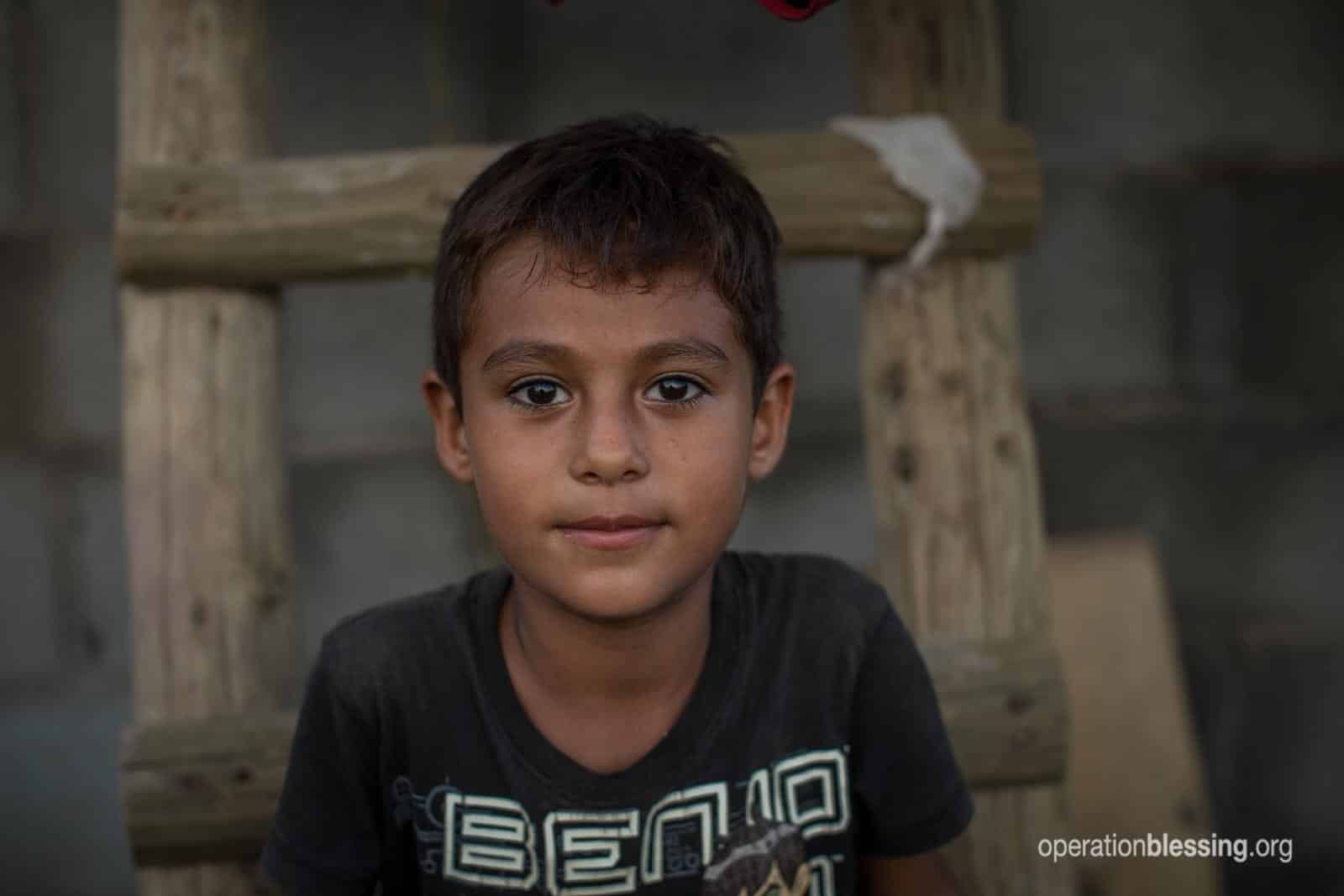 “The water rose to my bed,” Angel said. Veronica hurried to unplug the electronics and tried to rescue some of their belongings, but there was no time. Before they knew it, the floods rose to the small boy’s chest.

Muddy water filled their entire neighborhood, and there was nowhere to go. His mother placed Angel on the roof and worked to blockade their door in hopes that the flood wouldn’t wash all their belongings away.

“I was afraid I would drown. I almost drowned,” Angel said with tear-filled eyes.

Thankfully, the waters quickly receded, and they made it out alive. But their home’s structure was soaked with rancid water and filled with a thick layer of mud, leaving most of their possessions destroyed. Broken furniture and dishes lay strewn across the floor. 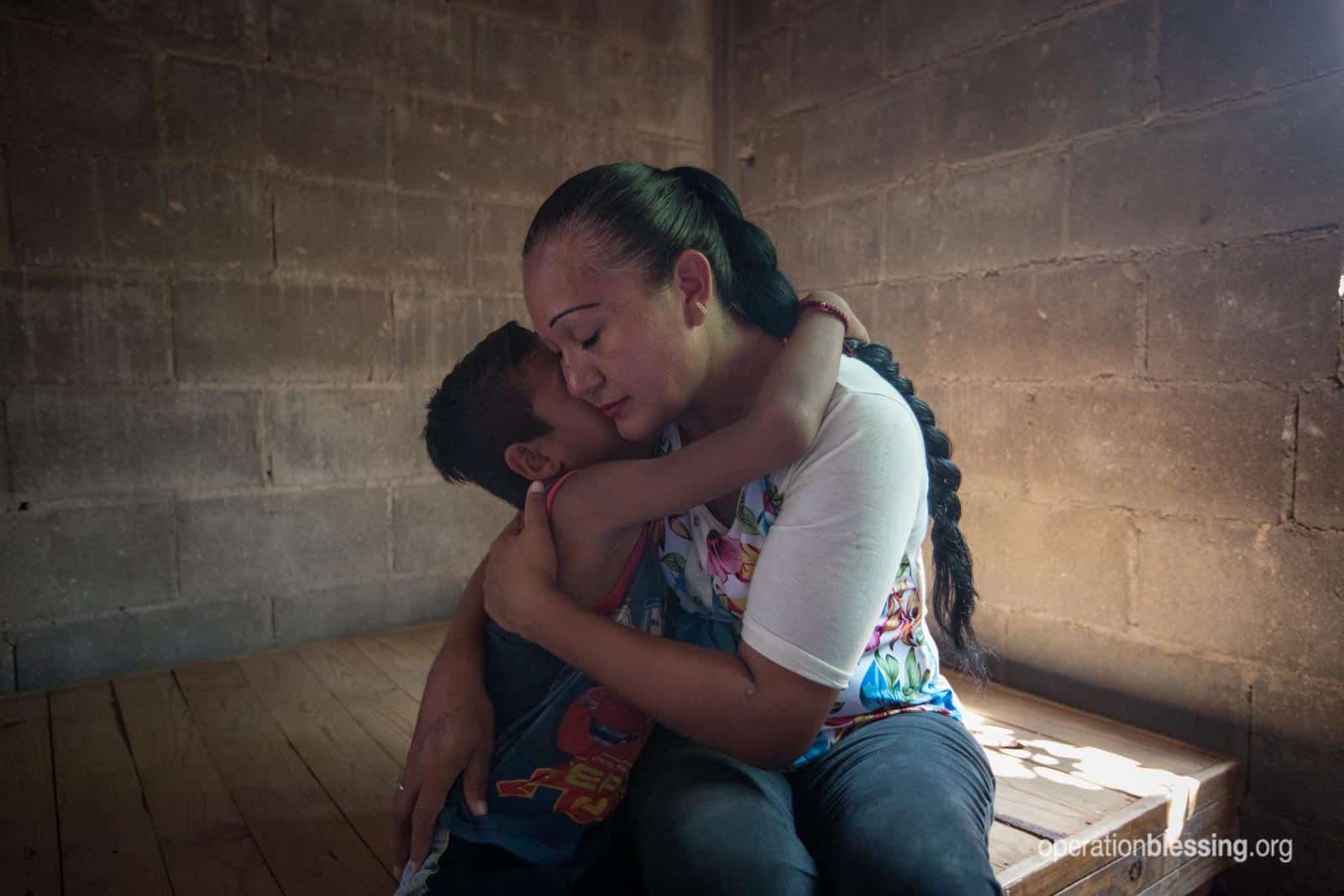 Veronica said, “The rain took our clothes and even the food we had.” She tried to save their mattresses so they would at least have a place to sleep, but they were too wet and dirty, and they smelled terrible from the floodwater.

“My bed is wet now,” Angel reported sadly. They had no choice but to sleep on the floor.

Angel also searched for his prize possession: the bike his aunt had given him that he rode every day after school. Eventually a friend found it, but it had also been ruined. Many in the community faced the same sort of heartbreak. Veronica said, “I had seen on television that in other places people had been affected by floods. I would say, ‘poor people’…but I never imagined that one day I would be in the same situation.” 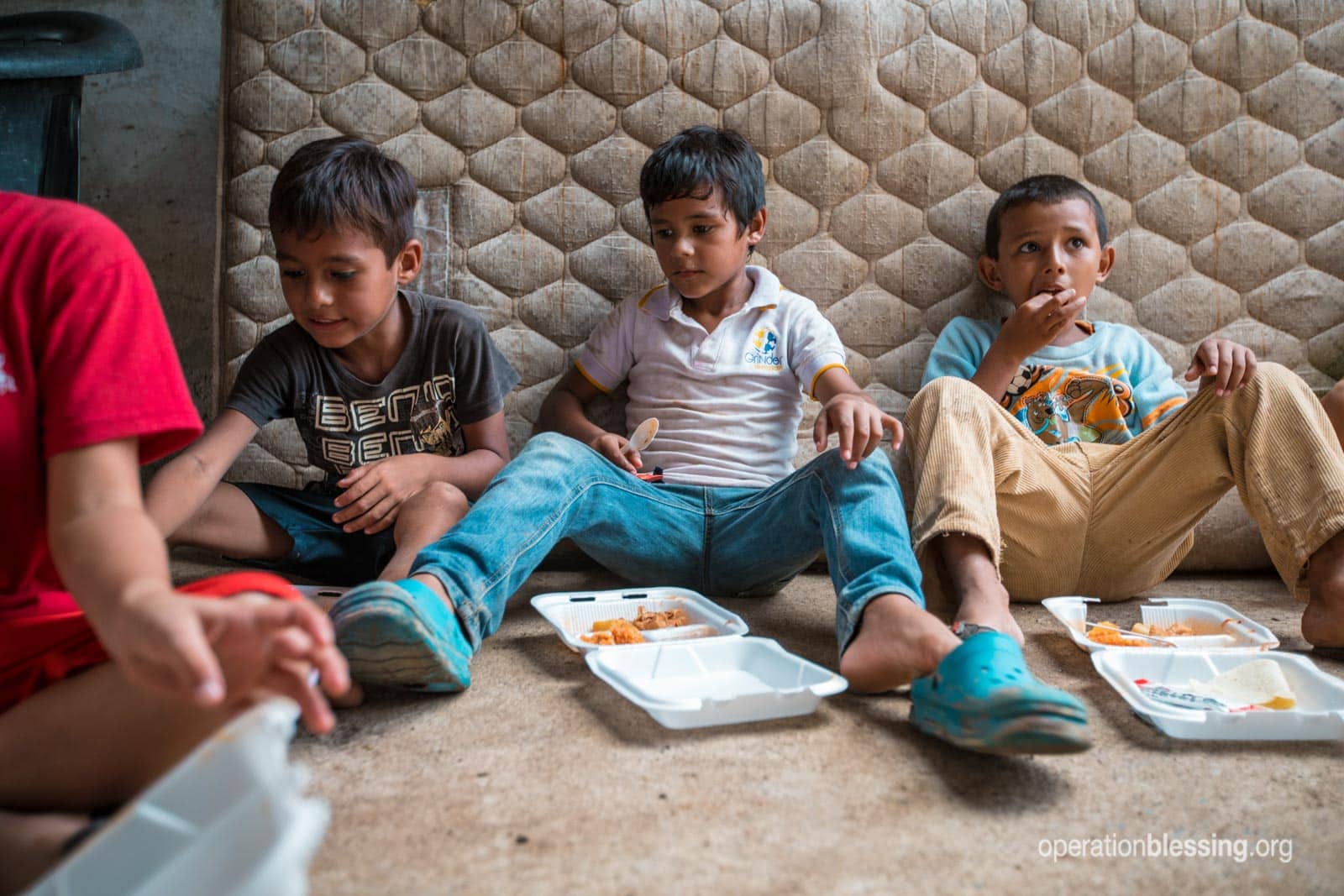 However, Operation Blessing’s Mexico office is regularly working to bring safe water, nutrition, and education to those in need. Thanks to your support, they quickly sprang into action.

OB Mexico staff set up bases in the hardest hit areas. Over the next days, they handed out approximately 3,400 hot meals throughout Sinaloa. In Angel’s community, most of the people they served hadn’t eaten all day. 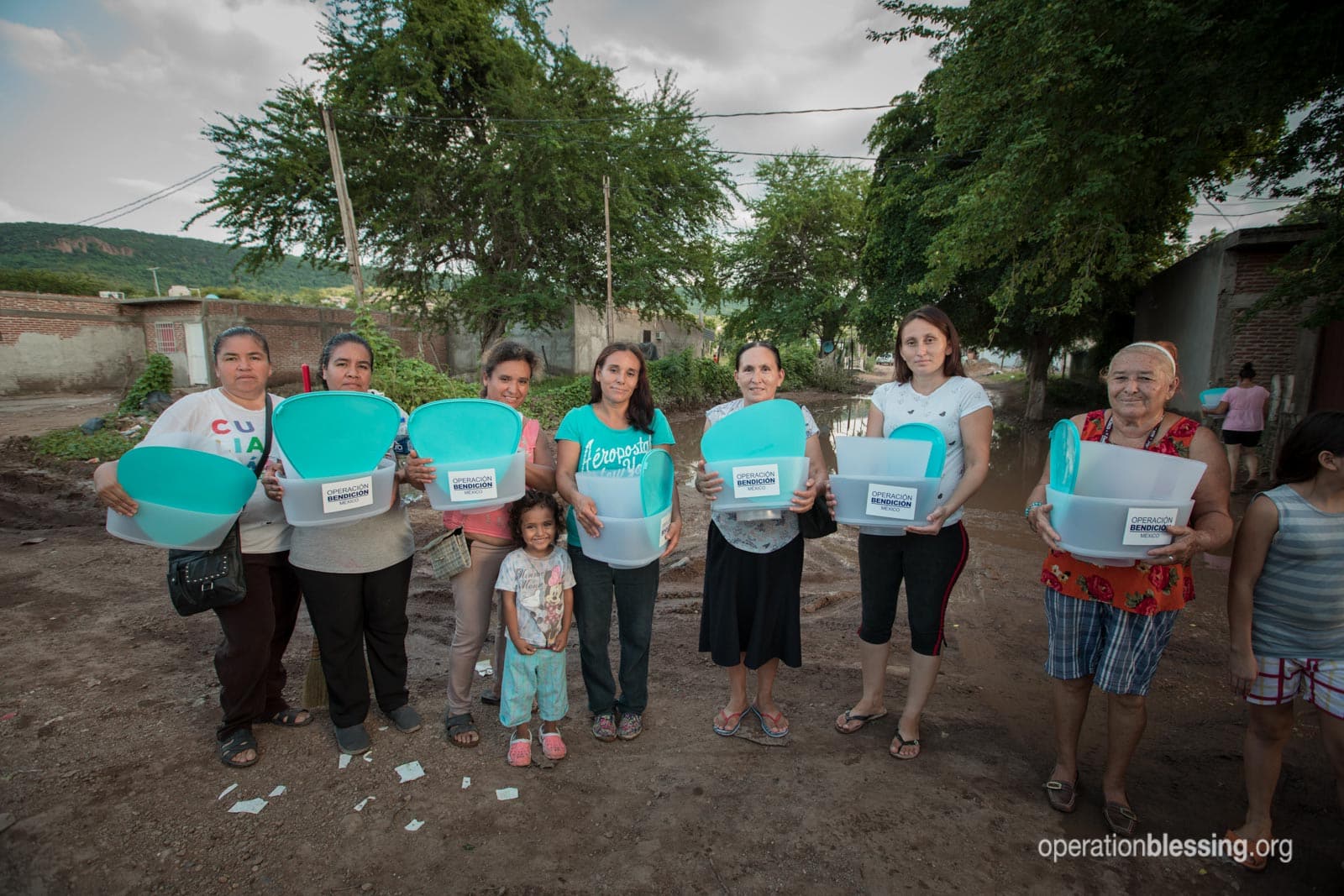 Soon they realized that for many residents, like Angel, new mattresses would provide the next step in recovery. And so with your support, OB Mexico distributed more than 150 mattresses to those in need.

Veronica said, “The mattresses arrived when we needed them the most.…They have been a blessing.”

But that wasn’t all Operation Blessing had in mind. Hearing about Angel’s disappointment over his destroyed bike, they decided to do something about it! Angel said, “I had asked God to bring me a bicycle. Thank you so much for giving me one.” 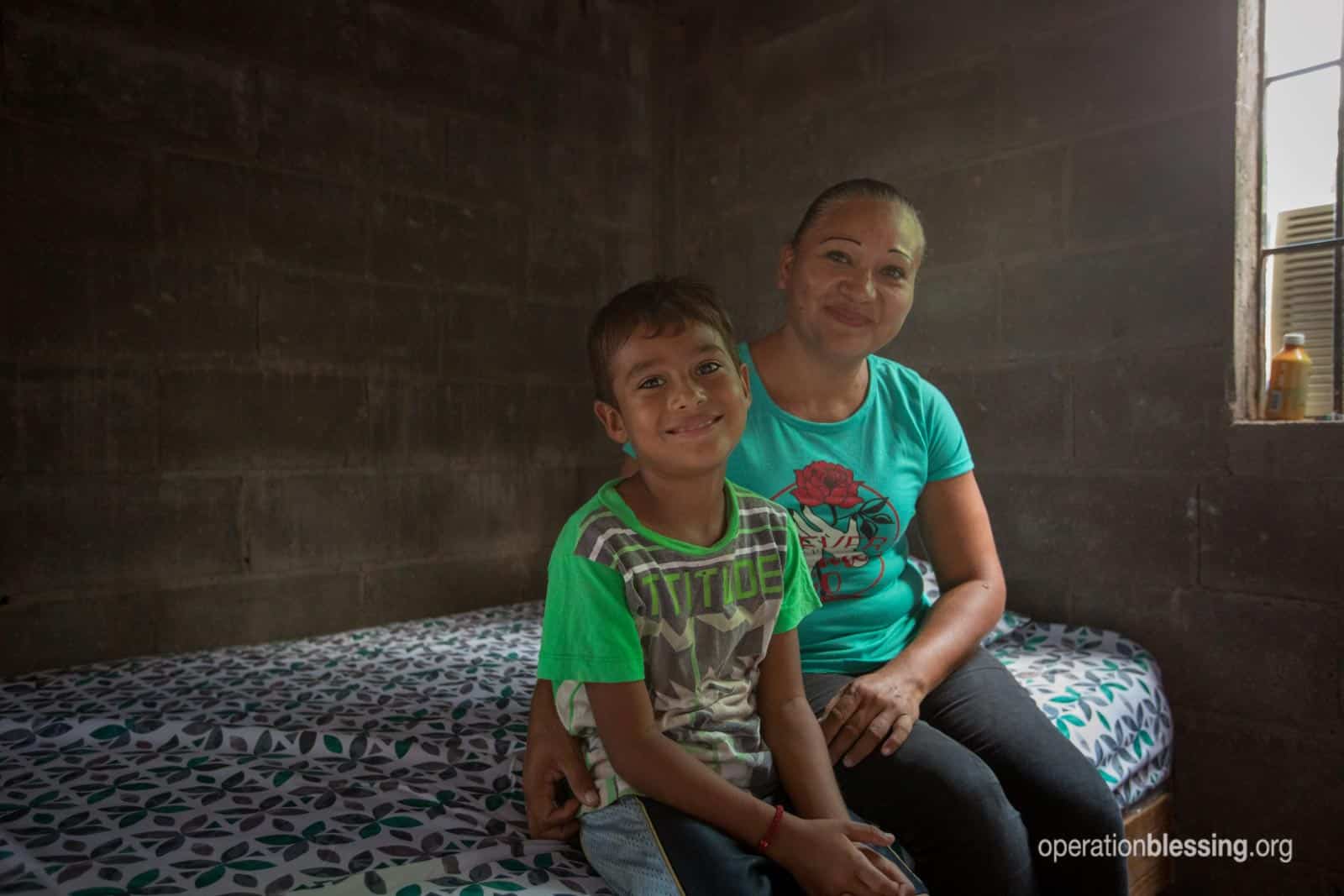 No doubt, Angel will never forget that frightening day, but the memory of those who blessed him will live on in his heart as well. Thank you for providing that blessing during his time of need.