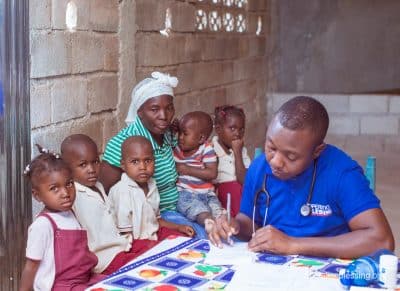 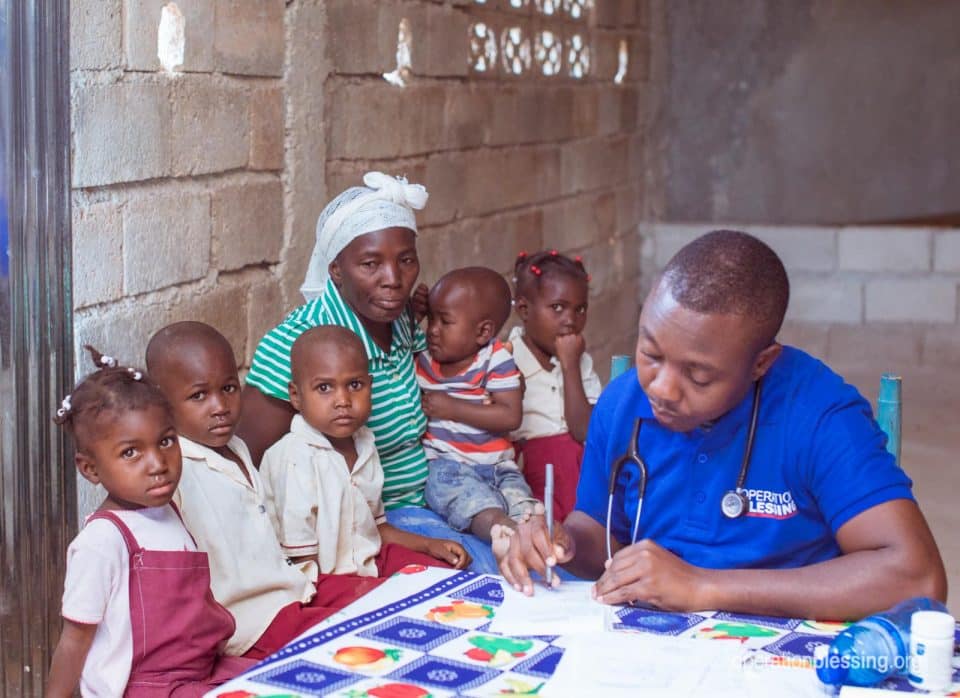 Heartbroken. That’s how I felt yesterday as I listened to the community leader at Bois Negresse, Haiti, speak the painful truths about his community’s plight.

I began the day earlier than normal, with my alarm clock set to 4:00 am. I had some peanut butter and jelly sandwiches and protein bars already packed, counting on them to sustain me through the long day. My goal was to reach the Pine Forest area of rural Haiti and return again all in the same day, after visiting the two Operation Blessing mobile medical clinics. 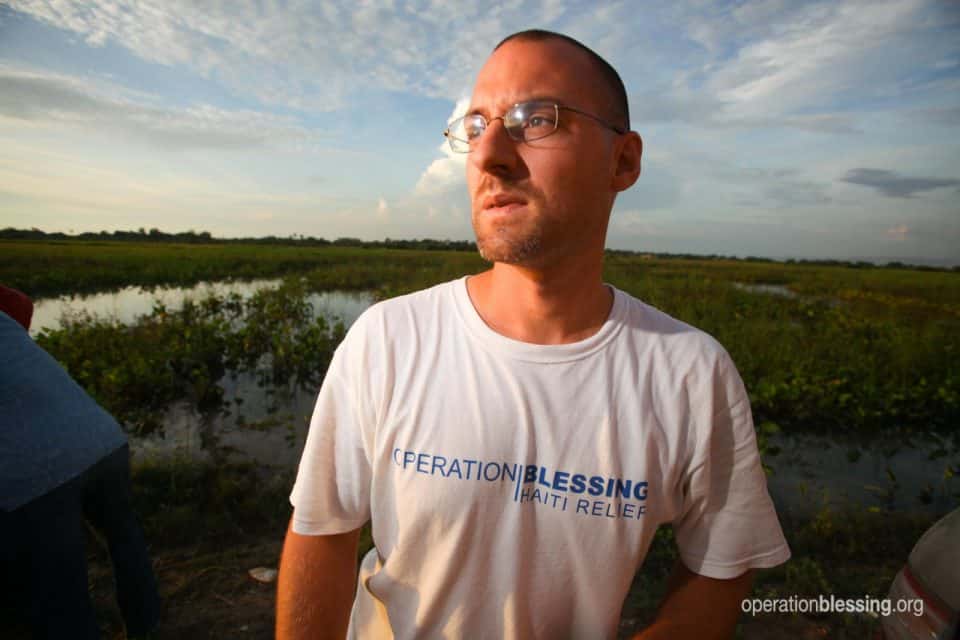 The narrow and rocky mountain roads required every ounce of capability from the 4X4 SUV that I was driving, and tested my limits as I attempted to wind safely through the dangerous hillsides. Six hours later, I arrived in Bois Negresse, an extremely remote mountain village in the eastern part of Haiti, close to its border with the Dominican Republic. The village is perched on the side of a mountain about one mile above sea level.

There I found beautiful mountain views, amazing panoramas of the valley below, productive garden plots, and lush tree groves which produce revolving crops of avocado, breadfruit, mango, and oranges. The village is almost a spot of paradise, except for one major missing component—there is no health clinic. 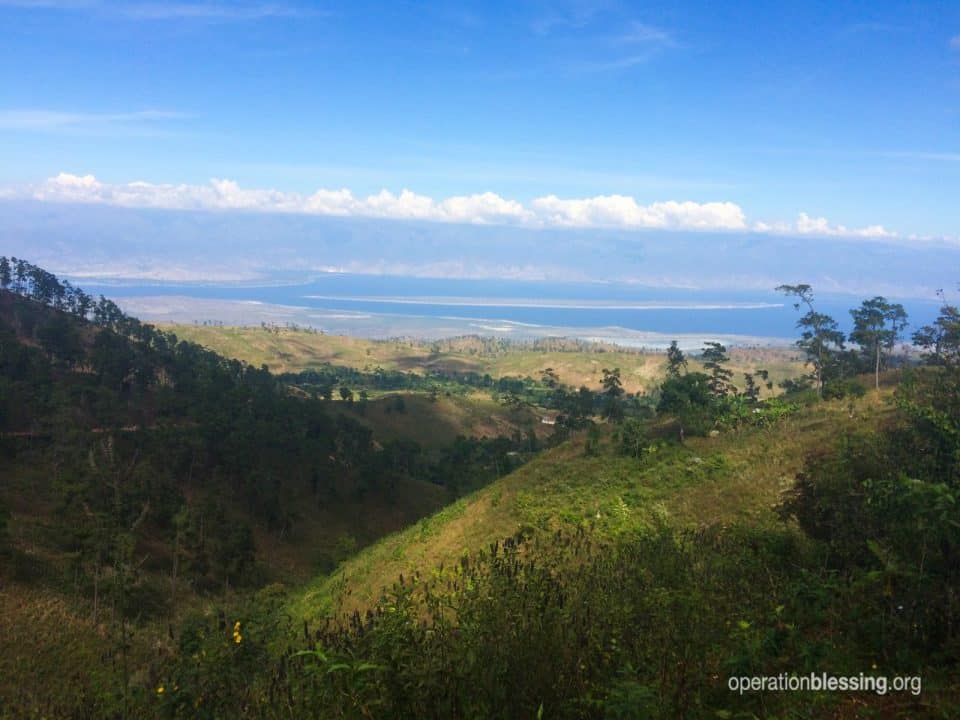 Upon arriving, I struck up a conversation with the community leader, Augustine Calistal. I asked him to explain for me the importance of the Operation Blessing medical clinic that was going on behind us. He succinctly and somberly explained the situation in his village. “When someone has a fever or serious illness, more often than not the only place we can send them is to the cemetery,” he said with a broad sweep of his hand toward that final resting place. 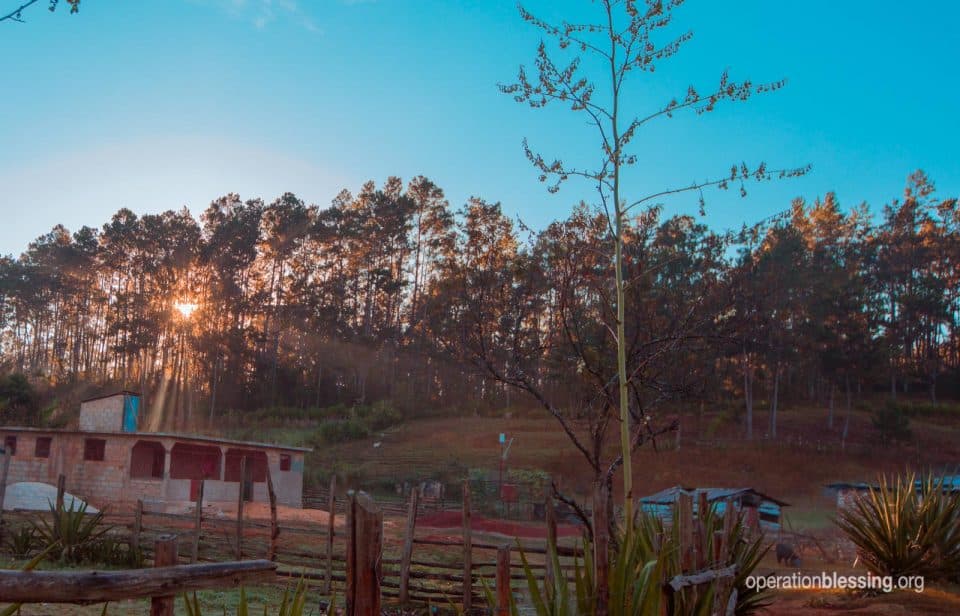 Mr. Calistal went on to explain more of the difficulty. The closest medical clinic is a three hour walk over treacherous landscape. I had experienced some of this terrain myself as I made my drive that morning. I understood well how the cemetery would become the only option for those too sick to muster the strength for the three-hour hike.

Because of you, Operation Blessing spent two days in Bois Negresse bringing much needed medical care. Four doctors, three nurses, and two pharmacists comprised the team that treated 568 residents of the surrounding community. For many of the children, this was their first time being seen by a pediatrician. Another first was for the women of the community, who received their first screenings for cervical cancer, an illness with a high occurrence in Haiti. Operation Blessing treated many acute and chronic conditions, and educated the residents on the importance of diet and exercise with regard to their health. 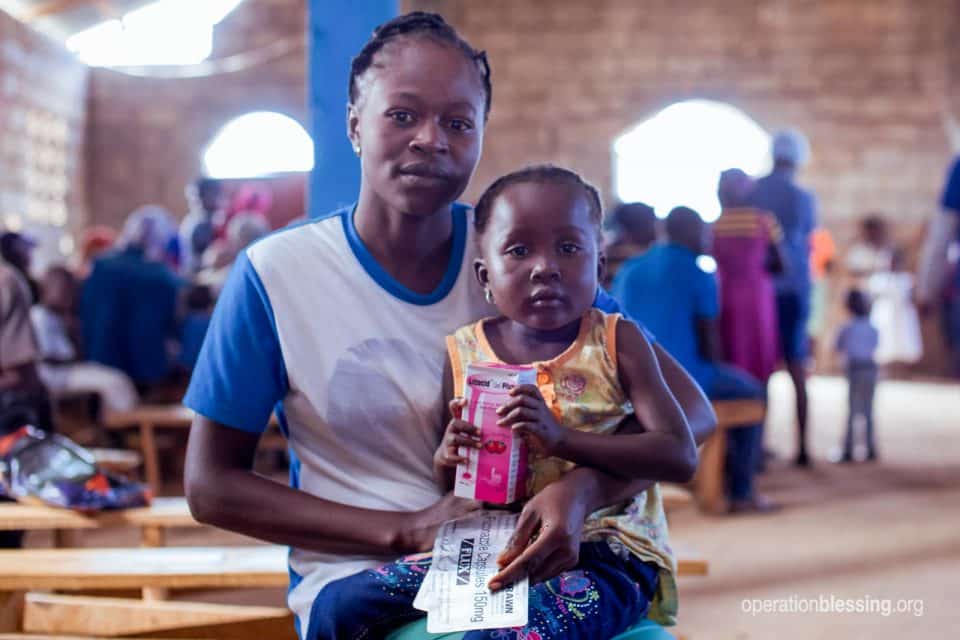 I was truly heartbroken for the community as Mr. Calistal had illustrated with one sweep of his arm the extent of options his community had for the sick. But my heart was also warmed in knowing that Operation Blessing partners are helping to meet a very real need for them. Because of the generosity of our donors, we were able to bring not only life-saving medical care, but also hope. The people of Bois Negresse now know that they are not alone in their plight. 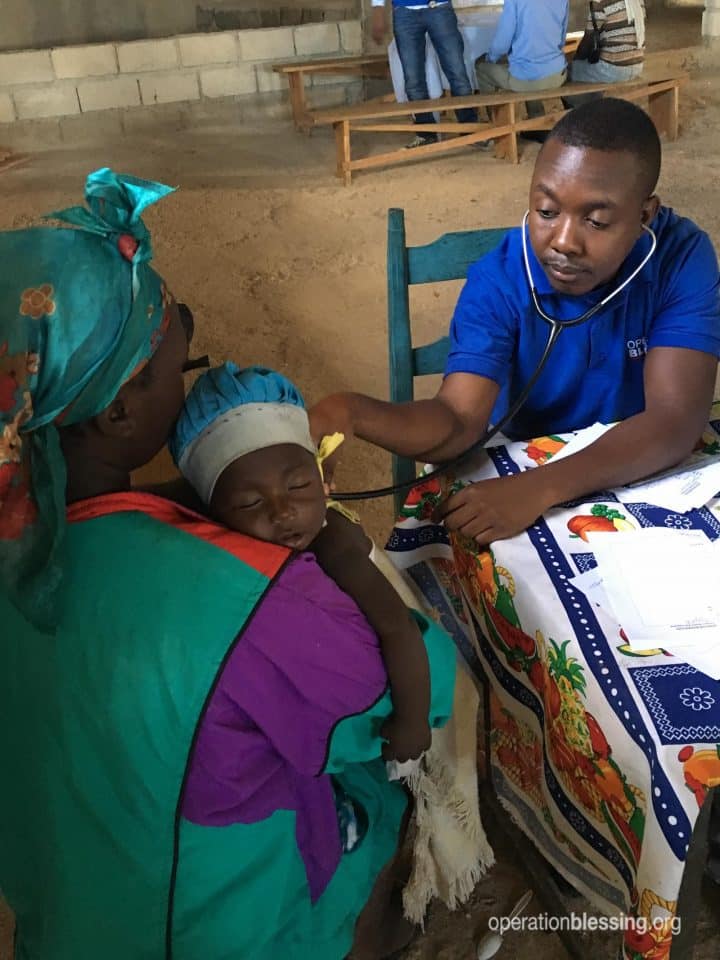 In the Pine Forest village of Gros Cheval, sweet 7-month-old Lobenson arrived at an Operation Blessing medical brigade—just in the nick of time. When Lobenson’s mother arrived, she cried as she explained that the boy had been suffering from fever, cough, diarrhea, and vomiting for two weeks.

The staff noted his abnormally high temperature for that altitude. Lobenson was so weak and lethargic that he couldn’t breastfeed, which added to his dehydration. He had difficulty breathing and his pulse raced. Before long the doctors realized his organs were on the verge of shutting down.

Thanks to your support, the Operation Blessing medical team acted quickly with life-saving treatments. Since his mother did not want him transported to a hospital, the team monitored him closely over the two days of the clinic and left his parents with all the medications he needed. After they left, they continued to pray for his healing.

A few weeks later, Lobenson is doing great. His mother said, “At the mission I cried, because I was looking at my younger son dying. But he is alive thanks to your help. May the Lord never cease to bless the organization!”